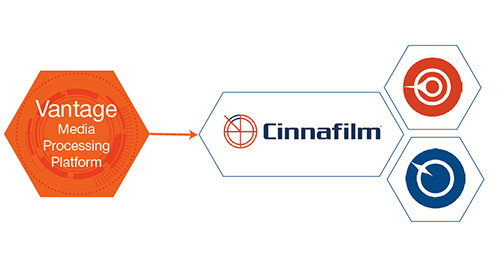 Content that originated at filmic rates of 23.976/24 FPS has been seen in broadcast for decades. Consequently, taking four frames at a filmic frame rate and generating five frames from them (29.97i or 30i) has been a regular occurrence in broadcast media for decades. Unfortunately, broken cadence can result during the process of preparing content for broadcast television.

Directors/producers typically want the “story telling effect” of a 180 degree shutter angle (shutter speed 2x the frame rate) because it best mimics how our eyes would naturally see the images. The problem is this filmic looking project will need to air on broadcast television – which of course is 29.97i (some people call this 59.94i, but this is field rate, not frame rate – more on that later).

That is when the idea of creating a pattern of five frames from four filmic frames came to fruition. The idea is to use a pattern to make those four frames turn into five so it can fit into a broadcast stream, and then the end device removes the pattern during the deinterlace process. The pattern is simple, but it is often broken during the editing process. However, NTSC broadcast playback is quite resilient and even though the pattern can be badly broken, it will still play back just fine. So, why should we care about broken patterned content?

OTT and conversion to PAL-based playback systems are why we should care. OTT is strictly a progressive format, and shows that currently exist in interlaced containers must be “progressified” in order to be seen without interlacing on phones, tablets, computers, you know, those things everyone has these days. PAL is 25fps based, and for any frame rate conversion to be accurate, duplicate frames/fields must be removed to return back to the original video essence frame rate. Everyone has seen the result of not properly removing these patterns. The two biggest clues are stuttered playback and interlacing artifacts (combing) in areas of motion.

To understand how to correct this situation, we need to first understand the patterns.

For every four frames at 23.976, we will need to take those four progressive images, and place them in a container that has two fields per frame at a frame rate of 29.97. There are two patterns we can apply to achieve an “interlaced looking” output:

In both of the above examples, there are two fields in every resulting frame. Different systems typically call these upper/lower fields (most common), field 1/2, or even/odd fields. The more popular of the two is the “2:3 pulldown” and it is sometimes referred to as “telecine.” With either pattern, there are two images inside each interlaced frame to adhere to the 29.97i broadcast standard.

Important note: In case you were wondering where the “2” and the “3” in 2:3 came from, it refers to how many times the original filmic image will be placed into a field position in the new stream. This is often called “the cadence” and “broken cadence” is when this pattern is disturbed due to editing.

Sony invented a way of applying a pattern that keeps the file in a purely progressive state. What is unique is this pattern can be applied to both interlaced and progressive file containers, which is great, but each will have its own unique challenge when wanting to extract the original filmic video essence.

This pattern is quite simple, just repeat every fourth frame and keep everything looking progressive:

Important note: This pattern is known as the 2:2:2:4 where the “4” refers to how many times the original filmic “D” frame will be placed into a field.

Keep in mind that 2:2:2:4 patterned 23.976 will also be edited, causing the cadence to be broken around scene cuts, so be sure to always step through at least a full second of video to ensure you don’t miss anything.

Removing Patterns – Even with Broken Cadence

Tachyon was created with a very powerful pattern analysis and removal engine to identify what type of cadence is present, if it is broken, and what the scene boundaries are for each scene. This enables Tachyon to extract the original video essence frame rate from just about every patterned file you can possibly throw at it – broken cadence and all! To invoke this powerful tool, simply check the “Allow Telecine/Pulldown Removal” button and it will remove patterns every time they are identified during analysis.

Note: Tachyon only removes fields/frames that are positively identified as pattern repeats. This is not a tool that once it starts, it assumes the cadence is not broken and removes according to where the pattern should be in the cadence. Tachyon verifies every repeat before it is ejected.

There are situations where Tachyon will not be able to extract the video essence, and that is if the file was malformed. The first two patterns we discussed are designed for interlaced (two fields per frame) containers ONLY.  If you happen to see these patterns and the metadata says the file is progressive, IT MIGHT NOT BE FIXABLE!  Let me explain:

Since patterns can exist in progressive content, Tachyon’s Allow Telecine/Pulldown Removal setting will automatically adjust based on the scan type and remove progressive patterns just as well as interlaced patterns.

There are three options for Telecine/Pulldown removal, and they have to do with special use cases:

While these three algorithms can slow down processing a bit (1-2 FPS per feature), it is sometimes the only way to achieve a proper inverse pulldown to achieve the original video essence frame rate.

After using the Telecine/Pattern Removal feature in Tachyon, the end results will be the original video essence, ready to be viewed in OTT environments, or to be converted to another broadcast standard. In the case of a different broadcast standard, Tachyon will immediately convert via motion compensation to the new frame rate designated as it pulls the video essence out of the patterned source file – multiple renders are not needed.

Telecine and patterns are part of life when it comes to standards conversion and conversions for OTT. Compounding the situation would be when editors mix 59.94 fields, 29.97p, and patterned material in a single project. Look for a blog soon with the topic name of “Mixed Mode Nightmares” and we’ll dive into that topic. Until then, happy transcoding!

For more information about the integration of Cinnafilm Tachyon and Dark Energy with Telestream Vantage, you can read the solution brief posted on the Telestream website.

For more information about Cinnafilm Tachyon, you can go to the Cinnafilm website.